As reported in last month’s Soundings, Eco-Alianza is collaborating with 14 other local and regional organizations and associations, and with local government, in a new alliance called #LoretoIdeal. The main idea behind the initiative is to join hands with other stakeholders who are interested in assessing and addressing some of the major challenges standing in the way of a sustainable and prosperous Loreto.

To that end, prior to the municipal elections, the new collaboration interviewed each of the seven mayoral candidates, discussing issues like appropriate land use, water and solid waste management, and economic growth. Each of the seven candidates signed formal letters indicating their interest in working with #LoretoIdeal, participating in “Deliberative Forums” to discuss the issues, and working transparently in that regard. 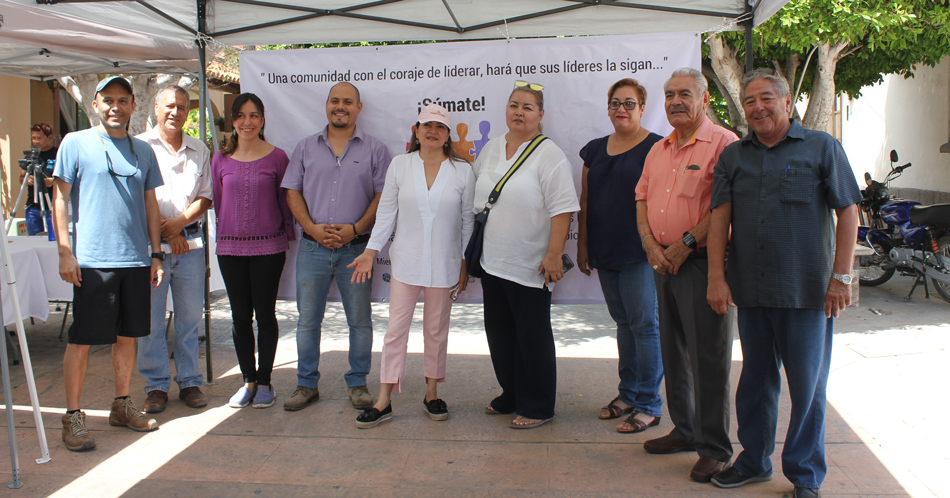 Eco-Alianza staff photo
Representatives from nine of the #LoretoIdeal groups.

On July 1, Arely Arce was elected for a second three-year term as Mayor. Earlier this week, Eco-Alianza’s Executive President Hugo Quintero said he has every indication that the Mayor’s new administration welcomes the citizens’ initiative, will work closely with #LoretoIdeal, and will make good use of the volunteer support. Representatives of the initial 15 #LoretoIdeal groups and associations have begun meetings to set priorities and a course of action.

For more information on #LoretoIdeal, the groups involved, and the initiative’s goals, visit https://www.loretoideal.org . 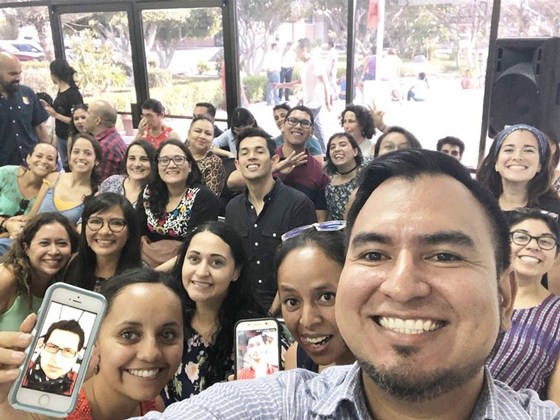 Many residents were shocked when Baja California Sur’s Chamber of Deputies voted unanimously on July 18 to ban single-use plastic bags, plastic straws, and polystyrene containers. To those pushing for the measure, however, the vote was the culmination of hundreds and hundreds of hours of hard work directed at a very positive result – a cleaner Gulf of California and a more ecologically sensible way of life in Baja California Sur.

Sellers of plastics will have 18 months to replace their products with biodegradables, and restaurants, grocery stores, convenience stores, etc., will have 12 months to comply with the new regulations. The new law is actually an addition to an existing ecological protection law, an amendment that was created over many months with the work of more than a dozen ecological organizations, including several that collaborate with Eco-Alianza on other projects. 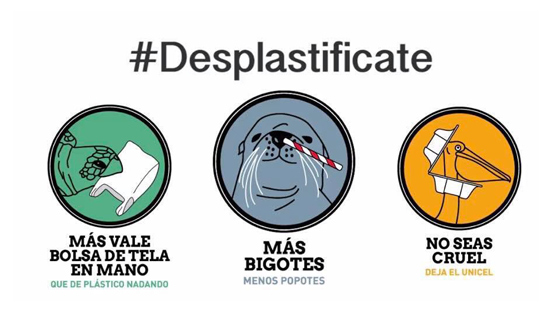 “This is a great first step,” said Eco-Alianza Executive President Hugo Quintero. “There is still much work to be done regarding the implementation of this law,” he said, “including setting standards for biodegradability of materials.” He pointed out that some materials that are considered highly biodegradable on land aren’t necessarily very biodegradable in water. “We look forward to helping ensure that this law results in the greatest ecological benefit possible, especially in Loreto.”

Hugo pointed out that this law also addresses only the tip of the iceberg in terms of environmental sustainability, and that the ultimate goal is zero waste. Recycling is also important for now, he said, “but even if every plastic bottle is recycled, there is still a big problem, because most plastics can only be re-formed into other products through two or three manufacturing cycles before they are unusable” (as opposed to aluminum or glass, which can be recycled unlimited times). He said interested parties might want to read a recent Scientific American article linked here. As the article points out, reducing the manufacture of plastics is critical, so eliminating use of plastic bags, straws, and takeout containers is a wonderful contribution to reducing the quantity that are made! 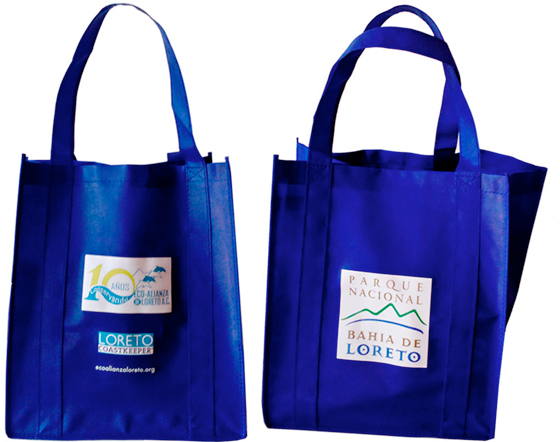 As we’ve reported here before, extremely durable, high-quality cloth shopping bags are available through Eco-Alianza and at selected locations around Loreto, including Pescador, Gavilan, and Delicatessen. The bright blue bags are emblazoned with the Eco-Alianza logo as well as the logos of the Bay of Loreto National Park and Loreto Coastkeeper.

Stainless steel straws also are available at Eco-Alianza’s CenCoMA headquarters, in the lobby. Sales of the straws benefits REAL, the environmental educators of Loreto network. 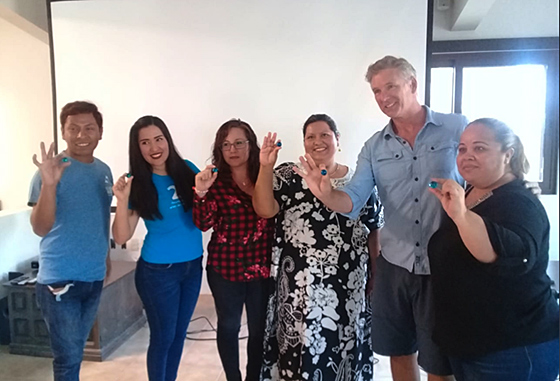 The Visiting Scientist series continued on July 7 with a scientific journey of the mind, mixed with vivid personal stories and hard science about the remarkable benefits of being in, on, under, or simply near water. Dr. Nichols greeted each attendee with a gift – a brilliant blue marble symbolizing the importance of our individual connections to water.

Dr. Nichols is a marine biologist, activist, community organizer, and author who works to inspire a deeper connection with nature. He spoke about his work with sea turtles here in Loreto, as well as his calling to co-found the nonprofit Grupo Tortuguero more than 20 years ago. The group continues its work to help the world’s seven sea turtle species, and held its 20th aniversary this spring in Loreto. 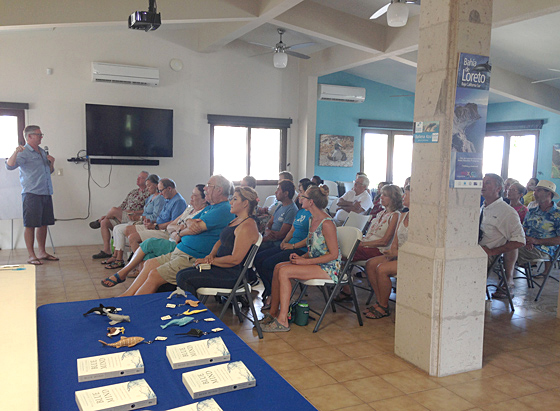 During his presentation, in Spanish, Dr. Nichols explained his research as well as that of other scientists, describing neuroscience studies that prove how proximity to water can improve performance, increase calm, diminish anxiety, and increase professional success. 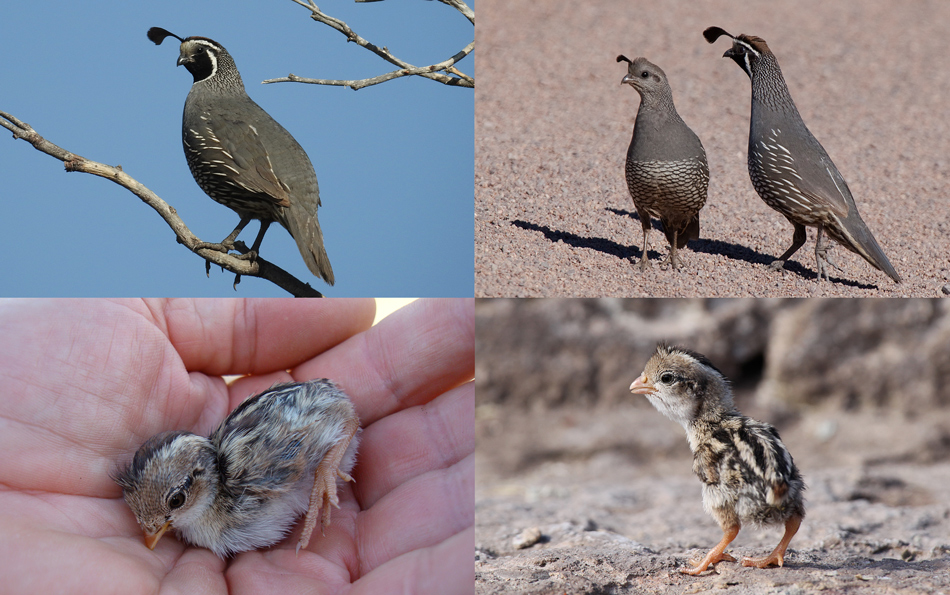 Photos courtesy of Tom Haglund/BCS Birds
Photos from top left, clockwise:
Male keeping lookout from a tall perch.
A pair together.
Flightless chick confronted by a too-tall curb along a street it has followed its parents into.
Flightless chick in hand, being rescued from street with tall curbs.
I think we moved 8.

California Quail (Callipepla californica) are very vocal and visible neighbors of ours, and about now there are often small ones moving around with the adults. Quail may incubate as many as 16 eggs at a time, and the chicks are ready to run for their lives within hours of hatching. That is just exactly what they will spend their short lives doing, too, literally running for their lives. A quail pair may live 4 years and produce as many as 64 eggs in that span.

We know that a stable population of any life form requires replacement of its reproductive members once in their lifetimes. So, what to do with the other 62 kids? The quails’ environment has that all figured out; quail, and quail eggs, are deemed tasty by a wide variety of predators who hunt them constantly throughout their lives. Around here you can be assured that they are taken by bobcats, foxes, coyotes, snakes, hawks, ravens, roadrunners, and on and on. A young quail, by the time it can fly, may have seen a dozen or so of its siblings eaten alive.

So, now we wonder, “Why are there any left at all?” Well, they are smart, wary, and quick to respond to danger. Often when a group (covey) is feeding they will have a lookout posted, usually an adult male. His job is to make reassuring sounds when he sees no threats, and other sounds when he does. This would seem to be the rudiments of language as he has distinct vocalizations to warn of different kinds of dangers. An aerial predator will elicit a sound that the covey responds to by scurrying into heavy cover. A terrestrial predator brings another sound that causes the covey to burst into flight. The lookout is obviously able to say the quail equivalents of “keep eating”,“duck”, and “fly away”.

When we grapple with such harsh realities, it is easy to feel sorry for the victim species, but the pruning is vital. Hard to pity the housefly, though, and the following bit of math shows that their pruning is also very important: If a pair of houseflies and all their progeny were to be free from all causes of death excepting old age, in about five months the earth would be covered by over forty feet of them. So, let’s hear it for the frogs and spiders! 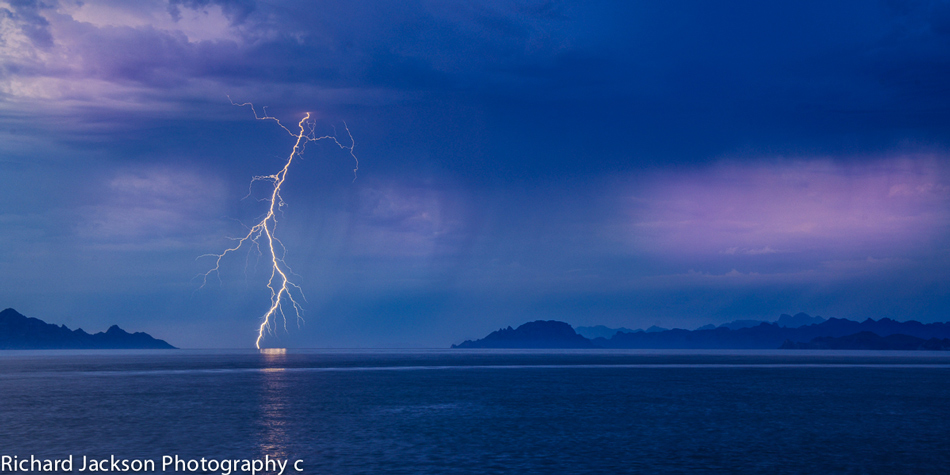 The greatest danger during hurricanes, storms and natural disasters is being unprepared. There are many hurricane preparedness guides available online, so consider taking a few minutes now to make a family disaster plan.

For individuals over 70 ½, the US Internal Revenue Service requires you to receive a percentage of your individual retirement account (IRA) each year. For some people, that can push you into the next tax bracket, incurring extra taxes that you weren’t planning for. And that percentage goes up each year!

There is a way to turn this challenge into a tax benefit – it is called the Charitable IRA Rollover. The tax law allows you to designate a nonprofit (or more than one) to receive your RMD directly. Up to $100,000 can be designated this way to charities of your choice. By sending your RMD to a charity directly, your taxable income is not affected, avoiding additional taxes. And you have contributed to a cause you care about!

Contact ICF to take advantage of this simple, time-sensitive giving opportunity at lety@icfdn.org or 619-336-2250. 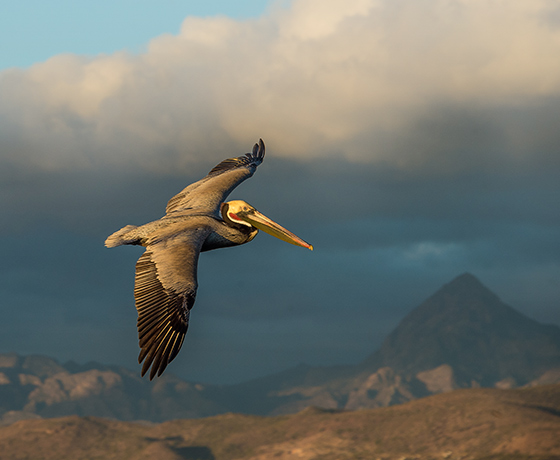