Sea Turtles nesting on coastal beaches within the Bay of Loreto National Park (PNBL) will benefit from an important decision made earlier this month. A group of Eco-Alianza supporters banded together to fund a conservation proposal put forth by six Mexican nationals who live in coastal beach communities, nearby PNBL’s most active Sea Turtle nesting beaches. 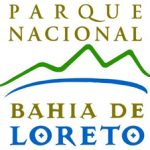 The six had responded to a call for proposals by the Park earlier in the year, and have experience monitoring nesting beaches on a nightly basis, locating newly laid nests, and protecting them from predation by putting in place protective screening that prevents coyotes, foxes, and other predators from digging them up and eating the eggs. The screening has holes large enough to allow the baby turtles to leave the nest and sprint for the sea when they hatch out 40-45 days later. 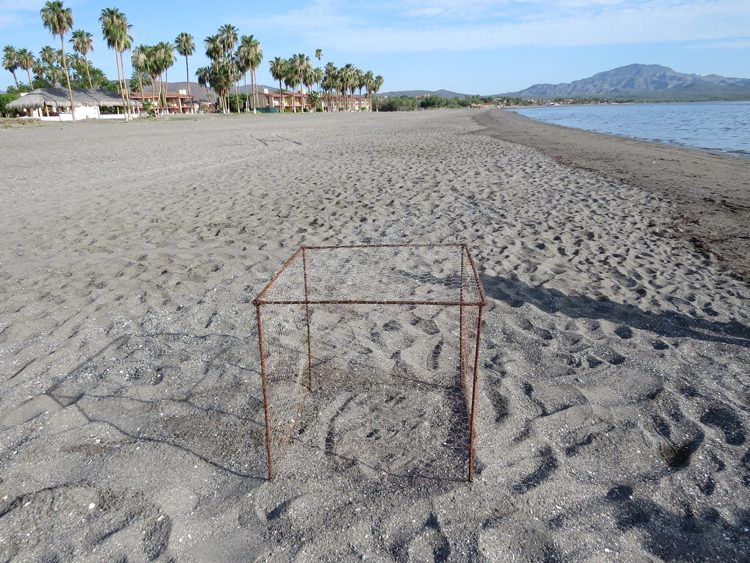 Through its review process, the Park approved the conservation proposal, but lacked funding to support it. In prior years, some of the project participants were funded or partially funded by the Park, but with a budget that’s already been trimmed to the bone, the proposal this year was put on a waiting list for funding.

After Eco-Alianza helped to host the 20th Anniversary of Grupo Tortuguero (a regional collaboration of sea turtle conservation groups) earlier in the year, several Sea Turtle enthusiasts with houses in Loreto Bay met with Park biologists to discuss Sea Turtle conservation within the Park. That connection led to a further meeting this month, which led to a flurry of emails and calls, resulting in a circle of friends opening their hearts and their wallets to fund the proposal, and ultimately to protect baby Sea Turtles.

Through a formal partnership agreement between Eco-Alianza and PNBL, which became official and active in 2014, Eco-Alianza will serve as the project’s fiscal sponsor, administering the funds and allocating them to the project participants and to purchase project supplies. Park biologists will manage the operational aspects of the project, and Eco-Alianza volunteers will help to monitor some potential nesting beaches that are not part of the project.

Hugo Quintero, Eco-Alianza Executive President, said that supporting this project meets Eco-Alianza’s conservation mission and also provides a good example of how the organization seeks to support local families in non-traditional, sustainable, non-extractive livelihoods. Other examples include fishing families who supplement their income with, or transition entirely to, ecotourism-related livelihoods.

PNBL Director Israel Popoca said that he and the Park also are excited about the project because joining hands with Eco-Alianza and the community directly helps the Park meet its conservation mission. “Active community participation in natural resource management is very important to the National Park staff,” he said. “It is part of our mission to work with community groups, and with a staff of just seven people it is always a challenge to accomplish all the work necessary to conserve the natural resources within the National Park. Our dedicated park rangers are very excited to partner with the community on projects like this.”

Eco-Alianza supporters helping to fund the project will be recognized this fall at Eco-Alianza’s annual anniversary gala on November 16, where slides documenting the conservation effort will be shown. Additional supporters interested in funding the project (tax-deductible in the United States) may make a donation through the International Community Foundation’s “Amigos de Eco-Alianza” Fund and noting “In honor of Sea Turtle Project” when making the donation. 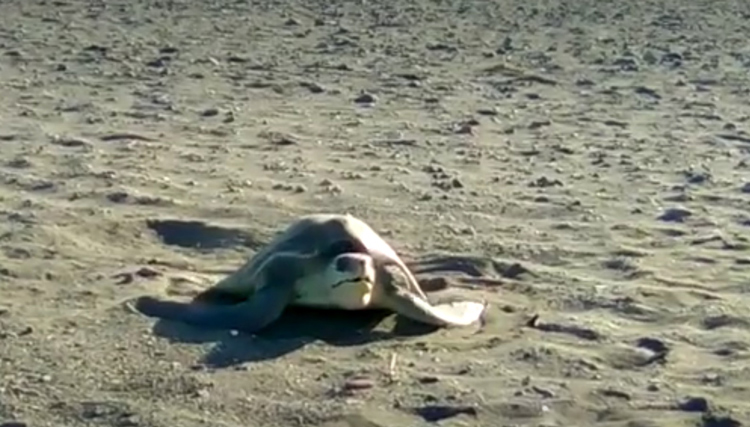 PNBL Biologist Mariana Salgado gives the following advice for anyone who sees a Sea Turtle on the beach in the Loreto area (remember, without a special permit it is against the law to touch or disturb nesting Sea Turtles, hatchlings, or their nest. Sea Turtles are an endangered species protected by Federal Laws).

• Do not approach Sea Turtles as they arrive from the sea. They are easily frightened off.
• Keep your distance and disturbance to a minimum, stay quiet and move slowly. Never get in front of the turtle or interrupt their way.
• Do not use flashligths, lanterns or flash photography (this disorients turtles); never shine lights into a turtle´s face or near a turtle.
• Move away if the turtle shows signs of distress. If the turtle feels disturbed she may return to the sea before the eggs can be succesfully laid.
• Keep pets, especially dogs, away as they can endanger eggs and hatchlings.

(Next month a special Loreto Sea Turtle Hotline number will be set up and will remain active throughout the nesting season. See next month’s Soundings for this number.) 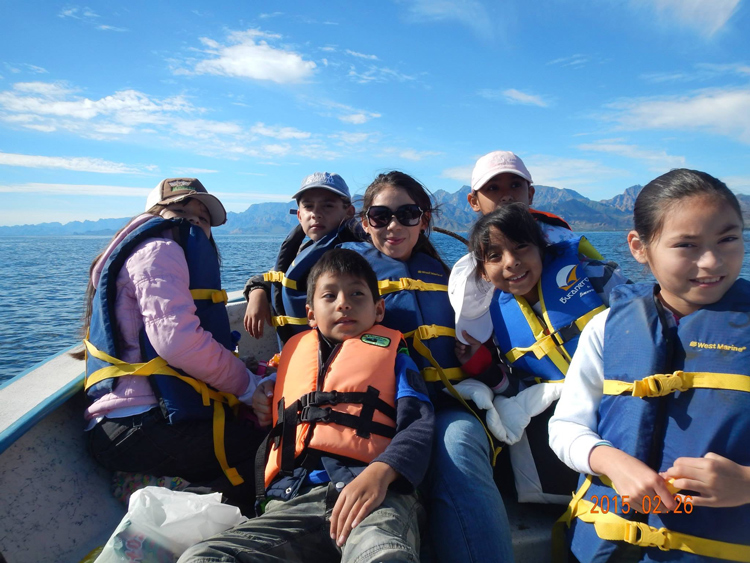 Executive President Hugo Quintero, and Eco-Alianza’s Board of Directors are pleased to announce Edna Peralta’s recent promotion to the newly created position of Executive Program Coordinator. With additional support staff, Edna will be actively involved in, and oversee all of Eco-Alianza’s Environmental Education programs, including the recently established regional program in collaboration with the Vizcaíno Biosphere Reserve headquartered in Guerrero Negro. Edna also will assume additional administrative and supervisory roles for several of Eco-Alianza’s other programs. Edna states she is ready for the challenge and welcomes the opportunity!

“When we founded Eco-Alianza,” says the organization’s Treasurer and co-Founder Linda Kinninger, “we understood at the outset that the focus for the organization should be environmental education; it was the right time for Loreto. We needed to start at the grass roots, and teaching the youth of Loreto to discover and appreciate its natural wonders seemed to be an opportunity to build a better future for all generations. 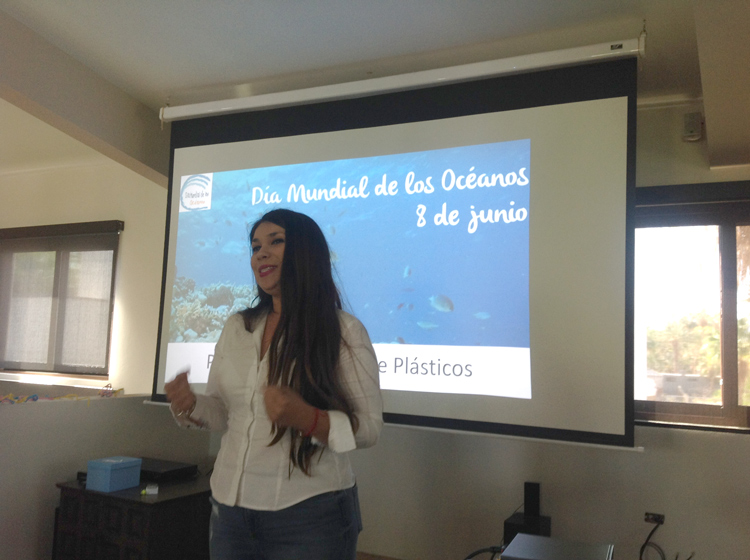 “Over the years, Eco-Alianza’s Environmental Education program has continued to grow in acceptance and importance in the Loreto Community, expanding to many of the schools with a teachers-to-teachers program. Edna has continued to develop several collaborative programs with the Bay of Loreto National Park and Eco-tourism operators. She also has a strong legion of graduate student volunteers to assist in many of Eco-Alianza’s Education and Outreach programs. We all congratulate Edna!”

Hugo Quintero points out that “Edna has been with Eco-Alianza from the beginning, and was in fact its first employee. Over our first decade, Edna has been an exemplary team player, growing Eco-Alianza’s Environmental Education program from its inception into a program that exceeds all expectations. Edna has touched literally thousands of Loreto families by expanding their appreciation and understanding of Loreto’s natural resources. She has inspired the love and desire to protect these resources by engaging students in meaningful classroom learning and hands-on projects in the field. 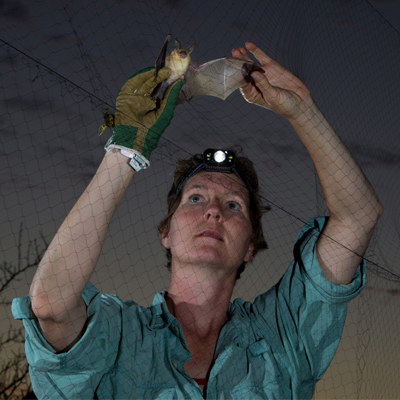 Dr. Winifred “Fred” Frick has had another research paper approved for publication in the Journal of Mammalogy, and was recently quoted in National Geographic magazine regarding the removal from the U.S. Endangered Species List of the Lesser Long-nosed Bat, a species of particular interest to Dr. Frick.

Dr. Frick is an Eco-Alianza Advisory Board member, has been a “Visiting Scientist” presenter at CenCoMA, is a frequent visitor to and owns a house in Loreto, and serves as Chief Scientist at Bat Conservation International.

Her appreciation was expressed in a recent note to Eco-Alianza and other supporters, when she said “I’m pleased to share with you our recent paper published in Journal of Mammalogy that shows the seasonal ecology and conservation status of Lesser Long-nosed Bats (Leptonycteris yerbabuenae) on the Baja peninsula.  An important part of the research is focused on the colony of Lesser Long-nosed Bats that live in the cave . . . on Isla Carmen. We also include in Table 1, the cave on Isla Coronados that we discovered when we visited with (PNBL Biologist) Mariana (Salgado) just this past spring. 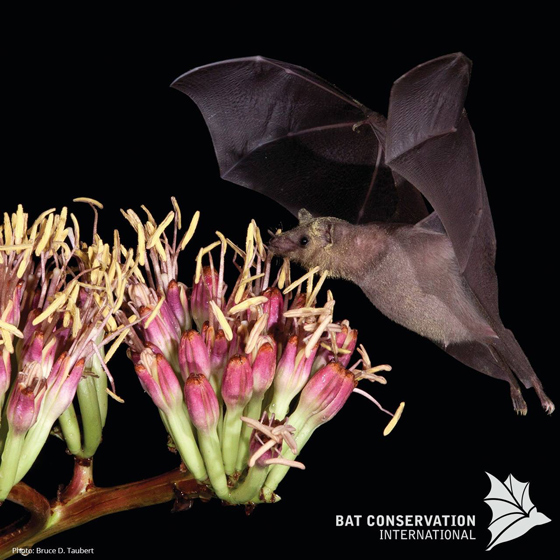 Given the level of roost destruction that we’ve documented in other parts of Baja, the protection of these caves in the Bay of Loreto National Park is critical to the continued conservation of this species in Baja. I want to extend our heartfelt thanks to everyone for helping make our research possible and for the support and friendship to us and the bats.”

Read the article from the April National Geographic, in which Dr. Frick is quoted, by clicking here . 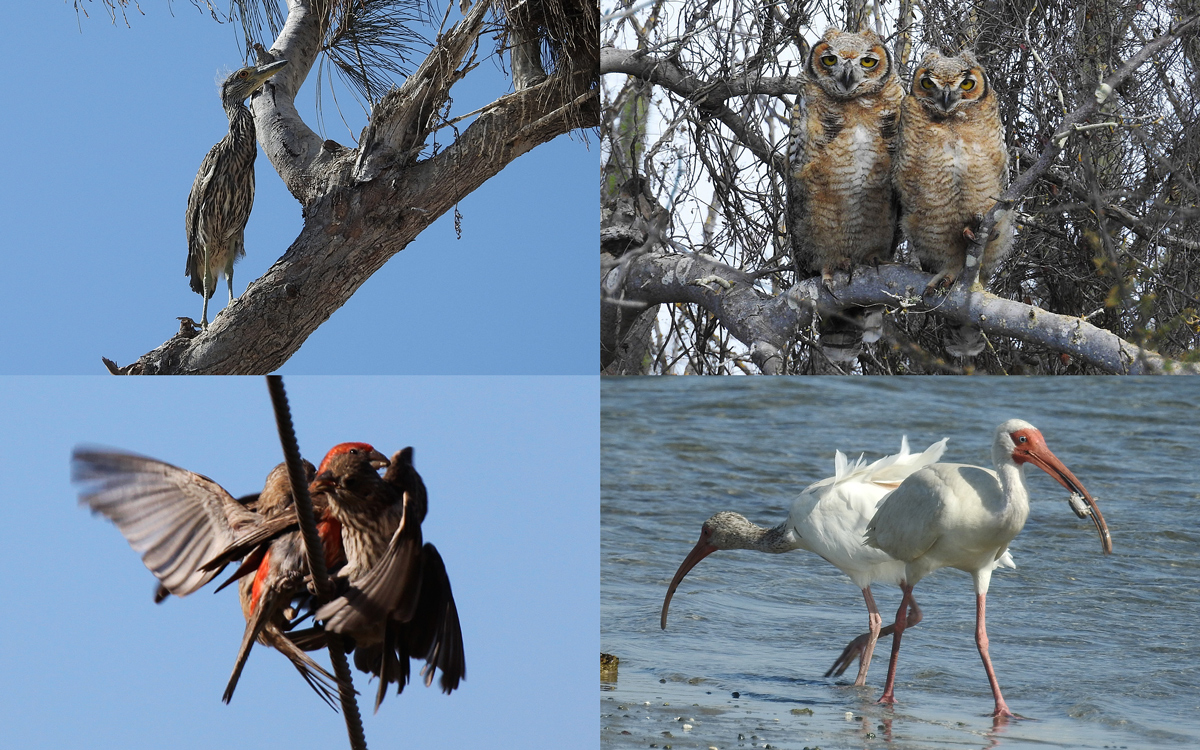 Photos courtesy of Tom Haglund/BCS Birds
Photos from top left, clockwise:
A Black-crowned Night Heron (Nycticorax nycticorax) juvenile looks longingly back up at the nest it has just left.
Two Great Horned Owls (Bubo virginianus) not long out of the nest await attention from their parents.
An adult White Ibis (Eudocemus albus) having shown a juvenile where and how to catch a crab eats it.
Variations of this may be repeated many times.
An adult male House Finch (Haemorhous mexicanus) being mobbed by his hungry progeny.

California Quail (Callipepla californica) which we talked about last month are what is known as precocious because they leave their nest almost immediately after hatching. There are quite a number of precocious bird species, but most of us probably are more familiar with altricial species. They spend much time in the nest after hatching and are completely dependent upon the attentions of their parents, both in the nest and out. Older altricial birds may often be seen clambering about in their natal tree or on the ground and still begging food from their parents long after having achieved flight. Altricial birds include raptors, songbirds, hummingbirds, seabirds, and many others.

The birds’ periods of dependency vary greatly, from the hummingbird’s three weeks or so to nearly a year for some large seabirds. Newly “independent” altricial birds are very often completely unwary and easy victims for predators. Some, though, are relatively free from predation and their lack of fear makes for some easy viewing and often comical behavior. Begging behavior seems similar across many species, with the juvenile birds ruffing up their feathers and vibrating their downward pointed wings. Gaping beaks and pitiful squeaks often complete the picture. On a sparrow or an oriole it just looks kinda cute, but on a Great Horned Owl or a Greater Roadrunner it may appear a bit incongruous.

These “tweenager” birds can run their parents pretty ragged with their demands, and once they are able to fly may pursue the adults wherever they go. This chasing behavior is what the adults use to lead their charges to food that they should eventually learn to grab for themselves. Finally, the adults will stop feeding the juveniles and they will be truly independent. Often at this time the adults will begin to attempt to drive their progeny from their territory. This can result in a lot more comedy as very reluctant youngsters are confronted with parents who are not only less likely to feed them but may even assault them when pestered.

Thanks, once again, to Ciria and Tim Yarbrough, who recently stopped by Eco-Alianza to donate five metal frames and industrial fabric containers for collecting recyclables. Plans are currently being formulated for how best to put the materials into use. Read more in coming editions of Soundings about Eco-Alianza’s budding projects to promote a “zero waste” mentality and zero waste programs for Loreto and the Baja peninsula. 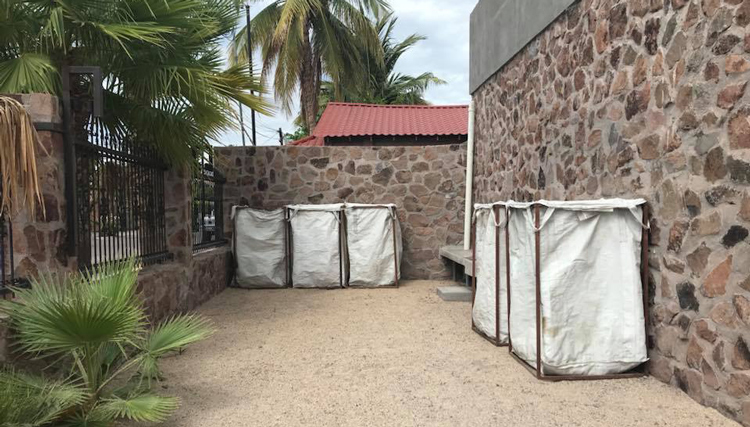 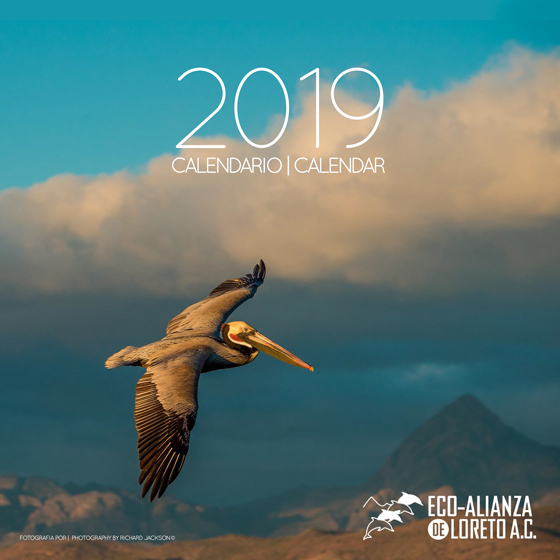