Eco-Alianza’s first annual “One Ocean Film Festival” accomplished its major goal — reminding us all that our beautiful Gulf of California connects us to the world, and that each of us is intimately connected to the sea. The March 23/24 event drew more than 340 viewers.

The festival’s four films were shot almost entirely in the Gulf of California, over a period of 25 years. Accompanied by free popcorn, the films were screened in Eco-Alianza’s charming outdoor courtyard, under twinkling stars, and presenters each evening added commentary about the films and about conservation challenges for Loreto’s marine park and the greater Gulf of California. 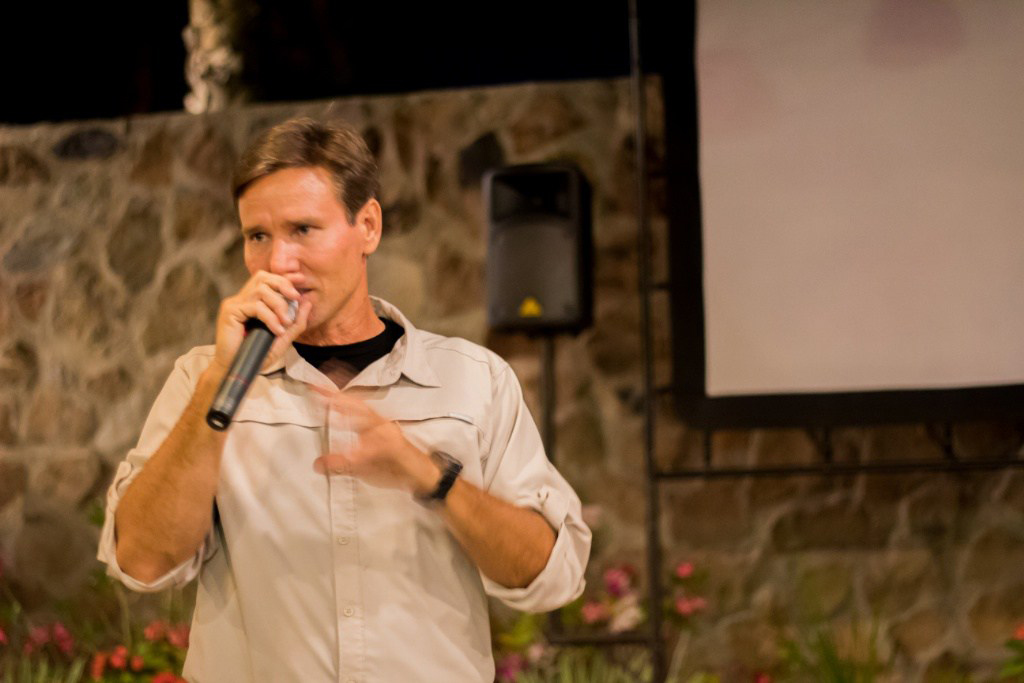 On the festival’s first evening, Emmy-award-winning cinematographer Johnny Friday presented Kings of Baja, highlighting massive creatures including the biggest of them all, the blue whale. Just as stunning, however, were giant manta rays (22-feet across at the wing-tips), whale sharks, and footage of striped marlin slashing through schools of small fish. The film represents 5 years and more than 600 hours of underwater shooting, Friday said after the film. He also presented what he considers “the classic” Baja wildlife film, Howard Hall’s Shadows in a Desert Sea, which was released in 1993, some of it shot in 16-millimeter format. “As a filmmaker, I marvel at the techniques Howard used that sort of set a high bar for films that would follow, and how he did it back then when technology was so different,” Friday said.

On Saturday, Director Eréndira Valle presented Azul Intangible, her first full-length feature. The film chronicles the highlights of her 25-day journey aboard a boat, The Sandman, as well as her personal journey connecting with the sea. Since producing the film, she has become a conservation leader, winning an award for her work rescuing net-entangled sea lions.

Judith Castro presented Mar Vivo, a short film documenting the work of her family and the Cabo Pulmo community in transitioning her town from a struggling fishing community to an economy based on eco-tourism. She shared with the crowd afterwards some of the struggles in defeating the construction of inappropriate mega-resorts on the border of the Cabo Pulmo National (Marine) Park.

On both evenings, attendees were able to localize the films’ conservation themes through question-and-answer sessions with representatives from the Bay of Loreto National (Marine) Park. Sub-Director Israel Popoca and biologist/environmental educator Mariana Salgado talked about how their small staff approaches the challenges of supporting a park 29 times the size of Cabo Pulmo.

Popoca said that because of the small size of the Park’s staff, they rely on the residents of the region, and on visitors to Loreto, to support the mission of the Park. He asked Park supporters to help by reporting any observed infractions of regulations, and by helping to keep the Park clean. Conservation of natural resources is also aided directly through volunteer programs, Salgado said, adding that dozens of volunteers spend hundreds of hours per year donating physical labor and specialized scientific knowledge.

At the end of the film festival, one local environmental educator summed up the feeling of most attendees: “these films were all so beautiful, with such a beautiful message — it helps remind me why I live where I do and why I want to connect with the ocean every day.”

Photos courtesy of Loreto.com
Presenters and festival organizers were all smiles.

Startup Weekend is a format being used worldwide to empower, educate, inspire, and support entrepreneurs, creative people, and business people through local 54-hour events. Eco-Alianza has been involved in Startup Weekends elsewhere on the Baja peninsula, and this coming week will bring the innovative program to Loreto.

Participants work to develop and launch a business idea with a validated business model in just 54 hours, working in groups and with the help of mentors specialized in the subject. The entrepreneur works a whole weekend together with other entrepreneurs to evaluate and hone ideas, strategize marketing, develop networking and learn the ins and outs of entrepreneurship. 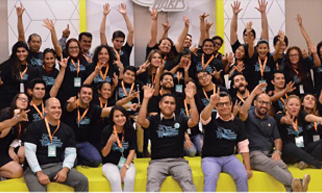 Photo courtesy of Fabricio Cota
End of the Startup Weekend in La Paz in September 2016.

This coming Thursday through Saturday (April 26 – 28), Eco-Alianza’s Eco-Ventures business incubator program will host the Startup Weekend at its CenCoMA headquarters. More than 40 participants already have signed up to pitch, develop, and attempt to validate their business ideas in the field of hospitality and/or sustainable tourism. Startup Weekend will help the entrepreneur to visualize his business idea in real time and validate it within the local market.

Mentors will help focus participants on solving problems or needs of Loreto, generating value while developing their products or services, with an eye on creating a “triple bottom line” that addresses economy, society and ecology. This initiative is supported by Loreto Magic Town, H.VIII Loreto City Council, restaurants, hotels, service providers of Loreto and non-governmental organizations of La Paz municipality.

There is still time to sign up. There is no age limit and it’s not necessary to have an established business idea, just be eager to learn, collaborate and create innovative and viable solutions for Loreto. More information about the event: nidia.ramirez@ecoalianzaloreto.net or just go to the site:
http://communities.techstars.com/mexico/startup-weekend/12276 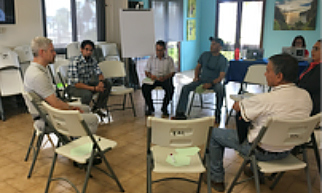 Representatives from three NGOs from Mexico City recently joined Eco-Alianza here in Loreto for focus groups as part of our Coastal Marine Conservation program. AlCosta Alliance for the Sustainability of the Coastal Northwest, Fundar Center for Analysis and Research, and Civic Collaboration Center, discussed “socio-environmental problems affecting the municipality of Loreto, Baja California Sur.” The results of these discussions will be used in upcoming dialogue between civil society and the local authorities, with the purpose of generating agreements and implementing concrete actions to address these problems.AlCosta, Fundar and CCC are organizations that work to strengthen democracy and public policies, so that policies are implemented with maximum engagement by local communities and stakeholders. They are currently collaborating on a project in México’s Northwest region based on environmental policy, its challenges and opportunities for improvement. Involvement of citizens is fundamental not only to identify problems that affect the society of Loreto, but also to create solutions in collaboration with the authorities. 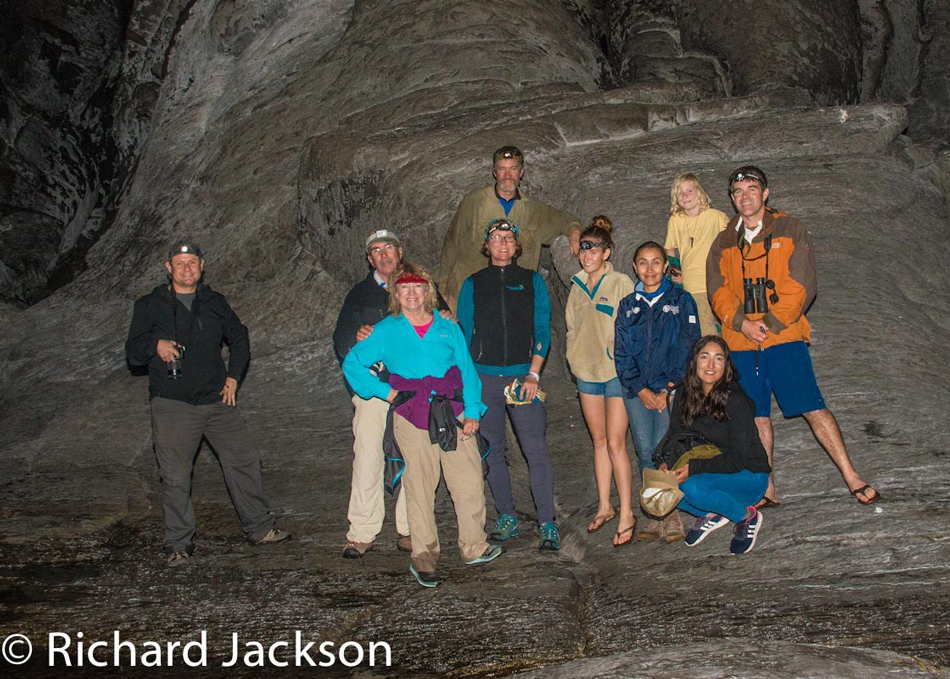 As is so often the case, a recent visit to Loreto by Eco-Alianza Advisory Board member Winifred Frick resulted in unusual biological adventures. Dr. Frick serves as Chief Scientist for Bat Conservation International, and has been studying Loreto’s various bat species for many years. 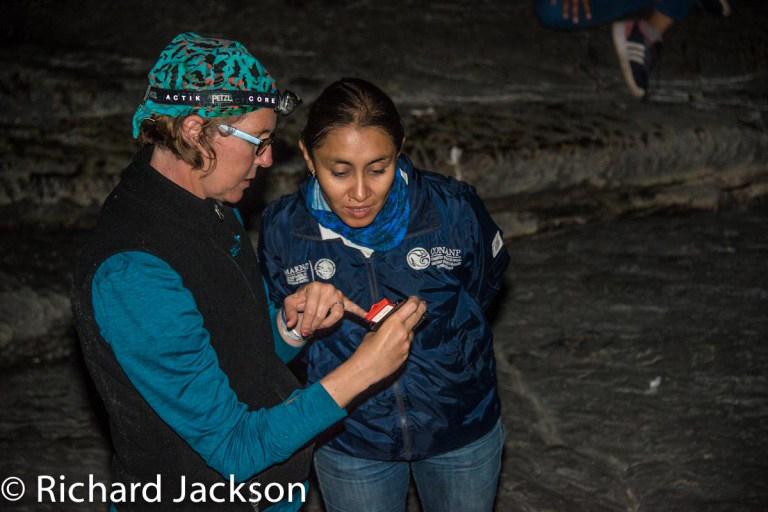 Dr. Frick has a particular interest in the bats that frequent the islands in the Marine Park, and was excited to be accompanied by Park biologist Mariana Salgado on a special nighttime monitoring survey of Isla Coronados. Also accompanying were photographer Richard Jackson, Dr. Gage Dayton from the University of California Natural Reserve System, and several other interested parties and helpers.

A little boy asked his grandfather, “Grampa, how am I supposed to get along in this scary neighborhood?” Grampa answered, “Well, maybe you should just try to look scary, too.” If that sounds a bit like evolution it’s because it really is a lot like evolution. Faster, surely, but the same sort of adjustments to life passing down the generations. In this case it’s orally transmitted help with behavior modification within a small group and time space. In the cases below, it is genetically transmitted morphological modification within larger groups and over much longer stretches of time. Many creatures have evolved to resemble something else and benefitted by seeming dangerous or otherwise to be avoided.

The Queen Butterfly is very easy to mistake for a Monarch Butterfly, and may thereby experience reduced predation. Many Queens can be quite tasty, but since Monarch larvae grow up eating nothing but milkweed plants and storing away lots of cardenolides, most birds find even the Monarch adults icky tasting and so are reluctant to eat the look-alike Queens. There are many orange and blue/black beetles who are likely avoided because they look at first glance a lot like Tarantula Hawk Wasps. That wasp’s sting is said to be one of the most potent in the insect world. The Texas Wasp Moth is just another moth who would be a fine snack for a bat at night, but disguised as a stinging wasp it can forage in broad daylight with near impunity from birds, lizards, and other diurnal insectivores.

Almost the exact opposite sort of inherited subterfuge serves the Zone-tailed Hawk very well. It flies among circling Vultures, looking very much like them from below, where the small rodents, reptiles, and birds that it eats pretty much ignore it as they see nothing to fear from “just another Vulture”. A pretty slick trick, much like the proverbial, “Wolf in sheep’s clothing.” 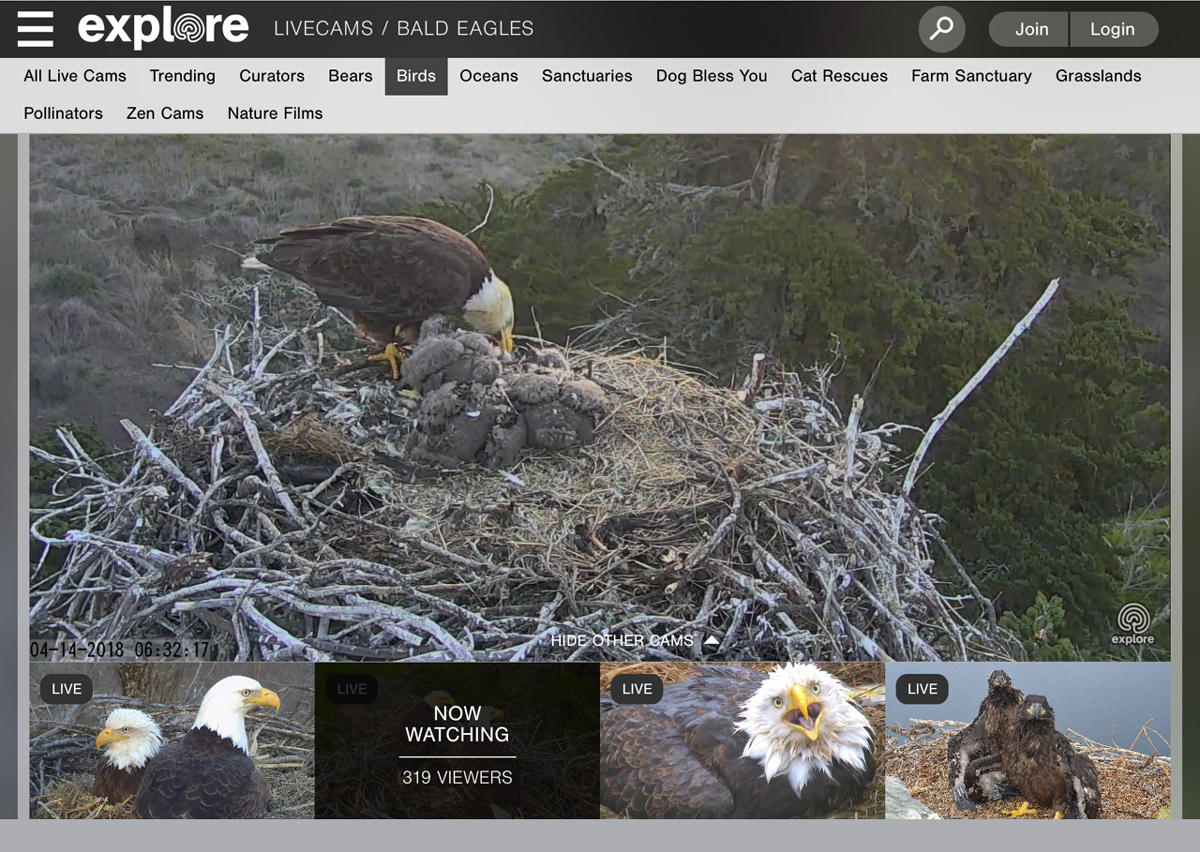 If you haven’t yet visited the Channel Islands National Park off of Ventura, CA, (the official Sister Park of the Bay of Loreto National Park), here’s an armchair opportunity to enjoy some of the most engrossing nature displays that the park has to offer.

For many weeks now, a live camera has been following the adventures of bald eagle chicks who are being reared on Santa Cruz Island by their doting parents. In their short lifetimes, the chicks already have experienced a wide variety of natural phenomena, including an earthquake, high winds, rain, and fires. And yet they persist! In the not distant future, the chicks are expected to fledge, opening up for them an expanding array of opportunities and dangers.

Tune in now for the unfolding saga . . .
https://explore.org/livecams/bald-eagles/channel-islands-national-park-sauces-bald-eagle