Mining in México is a complex topic, and the source of much confusion. This update is meant to educate Eco-Alianza supporters on some of the background, as well as to bring you up to speed on some disturbing developments in Loreto. We are adding a section to our website https://ecoalianzaloreto.org/newsroom/mining-facts-11-11-15 to broaden our educational outreach on this topic, and we will continue to supplement it in the days ahead. 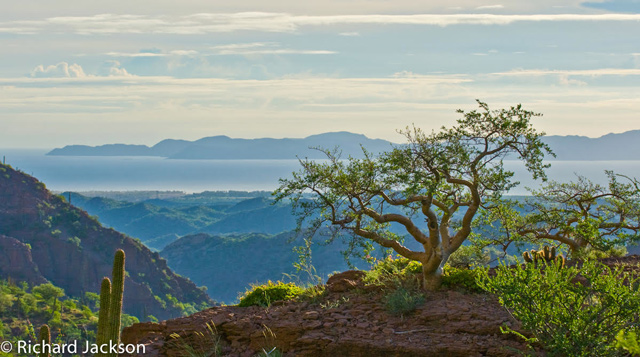 Eco-Alianza is active on a daily basis in monitoring potential mining activities, working in coordination with other groups, and building coalitions and consensus to manage this potential threat, for the short term and the long term. Like many projects we work on, much of our work on behalf of a clean environment is done quietly, behind the scenes, with leaders of other groups and social sectors, and with government leaders. Very recently, our ongoing engagement on this issue has revealed some troubling news.

As you are probably aware, elections over the summer resulted in a brand new administration in Loreto, with the new mayor, La Presidenta Arely Arce Peralta, taking office this fall. We look forward to working with her and her team, and were heartily encouraged when both she and the new Governor of B.C.S. made comments recognizing the inherent conflict between mining and eco-tourism.

We are also encouraged that the Mayor made such supportive comments during our fundraising dinner last weekend, and already has been engaged in our developing Sister Cities/Sister Parks initiative. See link below.
https://ecoalianzaloreto.org/pdfs/Creating_Sustainable_Coastal_Communities_201503.pdf.

We are elated that Loreto’s state representative and former Loreto Mayor, Rodolfo Davis Osuna, is actively working on a revision to the state constitution that would ban toxic mining throughout BCS. These developments all are in line with our belief that working cooperatively with the Mexican government is far preferable to the adversarial relationship that so often exists between NGOs (non-government organizations) and political leaders.

As these new leadership teams take power, however, Eco-Alianza is concerned that one level of government is showing significant cause for concern. The transition from Loreto’s former City Council to its new City Council is potentially opening the door to well-funded mining interests — possibly unknowingly, or possibly using the transition process to create cracks in the protection efforts that Eco-Alianza and many others have worked so hard to enact. The local environmental ordinance, or POEL, stands as a legal firewall between Loreto’s pristine environment and toxic mining. To learn more about this innovative legislation, visit our website.
http://www.semarnat.gob.mx/sites/default/files/documentos/ordenamiento/decreto_loreto_140312.pdf

As Loreto’s outgoing City Council departed, one of its final acts was to consider adding a “mining property tax” to the fiscal package that it submits to the state (a separate budget that is approved through the state congress for each of the five municipalities in BCS). Approval of this fiscal package is necessary to provide funds to run the municipal government in 2016.

This new revenue stream was recommended by an advisory body sometimes referred to as the College of Architects and College of Engineers, and also called the Cadastral Commission. The group is formed not only by city officials, but by citizen party organizations; together they give technical and academic advice and approval to some highly important procedures of the City of Loreto. In this case, the Commission assists in determining the appropriate taxation rates for 2016 that applies to private and publicly-owned property taxes in the municipality of Loreto. These are monies that later the local government will allocate for new infrastructure, public works improvements or even payroll costs.

The proposal that was approved in the last meeting of 2015 of The Cadastral Commission of the municipality of Loreto was intended to create a way for the municipality to tax property of rustic land mining use (the “impuesto predial para suelos rústicos del sector minero“). Unfortunately, this proposal, if approved, risks creating a way to open the door to mining in Loreto, by creating a tax revenue incentive. 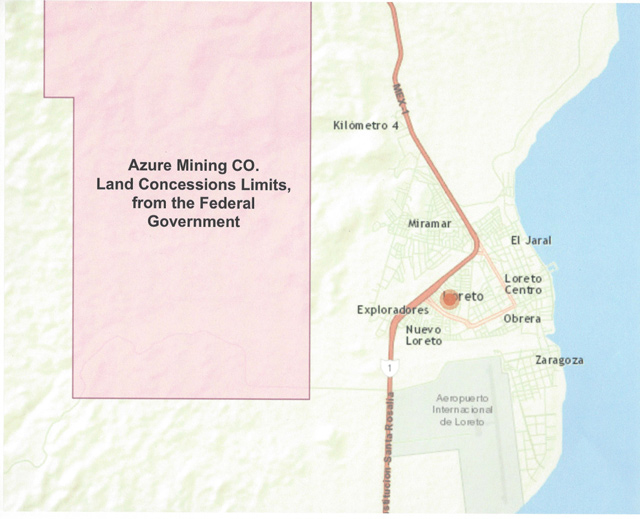 The now defunct 2009-2015 City Council of Loreto later approved this proposal from the Commission in its fiscal package (which included the mining property tax) so that it can be functional for 2016. All of this was completed in a huge rush, since they were quite behind the procedural calendar stated by the law.

Property taxes imposed should be based on the Urban Development Plan (UDP- types of land use and densities), and the current values and activities of the real estate market. Presently Loreto’s approved UDP does not contain a land use for mining. Nor is there any official registry of real estate activities related to Mining. This may create a basis for rejecting the so called property tax for mining use at the state level: how can you tax something that is not specifically permitted?

México, as a civil law country, needs an affirmative statute to allow activity. In other words, it is illegal to do something if the law is silent on that activity. In addition, it can be argued that Loreto’s POEL forbids that land be used for mining, because it is not congruent with the type of water, air and soil management under said Ordinance. Hence, creating a “mining property tax” could weaken the governance framework of both the UDP and POEL by implying that mining is acceptable and taxable. 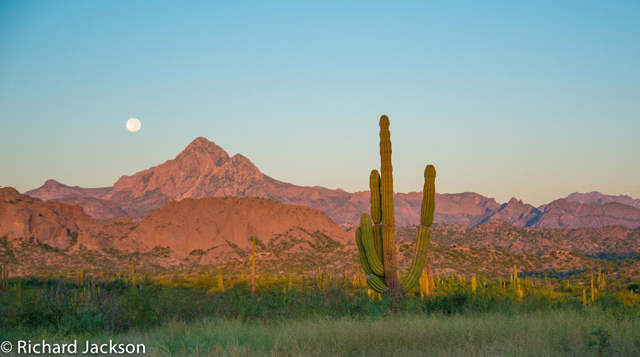 It’s possible that it may not have occurred to the Cadastral Commission that a property tax keyed to mining would create expectations of enrichment from land speculation and plans for use of dump trucks and other equipment; nor that commitments could be made between authorities and mining interests which could very easily lead to allowing certain types of preliminary-to-mining activities. In addition, it is possible the Commission did not recognize how many people are opposed to mining and would speak out about the risk to water resources and tourism businesses.

City Council minutes show “the inclusion of a new concept for tax on land values on rustic soils (unimproved land) for use in the mining industry. This monetary value will be of MN$28,000 per Hectare.” This was approved by a majority, and the Council stated that Loreto doesn’t mean mining projects are being approved, only that it wants to have the physical value of land for that sector.” This flat tax of MN$28,000 may be another way to challenge the tax as there was no study to show this tax is sufficient to pay for potential harm caused by mining activities.

Eco-Alianza’s Board of Directors met on October 27 to discuss the mining issue, and its staff members have been working night and day to access accurate information on exactly what was said during the City Council meetings, what was voted on, and where Loreto goes from here. Concurrently, discussions are underway with current City Council members to educate them on this issue and to seek their support in voting to send the state a clear message to disavow support of this tax.

Wednesday evening, Eco-Alianza President Hugo Quintero issued a statement on behalf of the organization (in Spanish) clearly stating opposition to this mining property tax. For an English translation of the entire statement, refer to link in the first paragraph, mining facts.

We appreciate your patience and your interest, and will keep you as informed as possible as this rapidly-developing issue progresses. 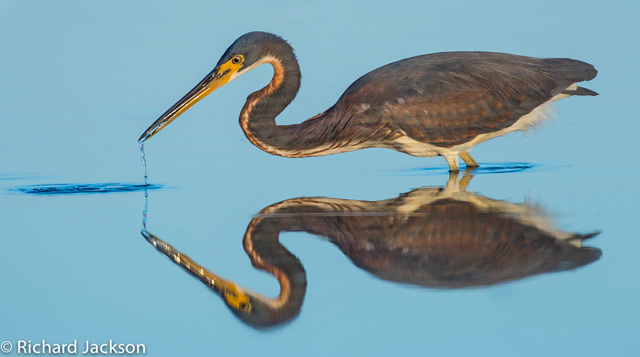 OVERVIEW OF THE POEL

In México it is not possible to specifically outlaw mining, as subsurface minerals are owned by the people of México. However, when very specific and very stringent local regulations are in place regarding the extraction of minerals, and regarding other toxic activities, consideration of mining could be cost prohibitive.

Loreto is one of only a few municipalities in all of México to have established municipal statutes regulating activities based on environmental criteria. This Ecological Zoning Program of Loreto (“POEL”) is the result of Eco-Alianza’s “Loreto Watershed Conservation Campaign” in collaboration with CEMDA, which was supported strongly by citizens, enacted with minimal dissent, and was published officially in the Government Gazette of the State of Baja California Sur, on March 12, 2014.

In the POEL, as a result of analysis of many ecological elements, Loreto has been regionalized into 94 Environmental Management Units (“UGAs”). A UGA is a strategic unit minimum area of Ecological Planning and must have environmental policies, ecological guidelines and strategies for the development of productive activities in a sustainable manner, maximizing the consensus between sectors regarding land use, but primarily minimizing environmental conflicts that development activities could generate.

The POEL identifies those sectors related to the use of natural resources, maintenance of property and environmental services, or conservation of ecosystems and biodiversity in the area, and establishes the corresponding ecological criteria applicable to each UGA.

In this regard, it should be noted that the extraction or mining activity is contemplated in the POEL of Loreto and regulated pursuant to the following guidelines:

*M1
In order to preserve the extension, structure and environmental ecosystem services not allow banks of mineral materials and substances reserved to the Federation.

*M2
The mineral or stone banks must be located outside areas at risk of natural disasters such as floods, hurricanes, cyclones and landslides.

*M3
To prevent contamination of the soil, subsoil and bodies of water, the deposits of fuel must undergo supervision and control according to regulations.

*M5
The land on which mining is carried out shall respect, establish and enforce a buffer zone of 100 meters wide inside the premises to protect the vegetation cover.

*M7
With the purpose of protecting the integrity of riparian ecosystems and the aquifer and phreatic recharge, the use of stone materials in streambeds must be done in accordance with authorizations issued by competent authorities and in accordance with applicable regulations.

*M8
To avoid affectation to the population of urban areas, the extraction of stone materials must be carried out at least 1 km away from said urban area, except for the extraction of material in streams as long as this extraction is done for maintenance and in accordance with the corresponding authorization.

*M9
To avoid jeopardizing the cultural or anthropological resources in the Municipality extractive activities should not be performed in areas with presence of fossils and archeological vestiges such as spikes of arrow, flint, offerings, including without conducting rescues, shelters or other activities imposed by the law in effect as well as the terms of the corresponding authorization issued by the INAH.

Additionally, land use activities in Loreto are guided by the Sub-Regional Urban Development Program (PSDRU), especially for areas closest to urban areas.