In presenting the award, last year’s recipient, Rick Jackson, acknowledged Trudi’s decades-long dedication to the wonders of Loreto’s natural and cultural environment. Reading from a certificate presented to Trudi at the event:

“For inspiring a sense of wonder worthy of the unique natural and cultural resources of the region, and for unwavering commitment to strengthening the conservation ethic in Baja California Sur, we commend Trudi Angell for more than 40 years of exceptional leadership. With the determined pace of a mule and the rhythmic strokes of her sea kayak, Trudi has offered visitors and Loretanos alike an intimate perspective and an unmatched personal knowledge of the cultural and natural riches of the Baja peninsula and its surrounding waters. Her appreciation is infectious, whether exploring rock art canyons, rustic ranch culture and history, endemic marine and terrestrial species of animals and plants, or the tranquility of a Baja campsite. Through all her involvement, including service on Eco-Alianza’s Board of Advisors, Trudi has enriched us all.”

In addition, Trudi’s name now has been added to the award scupture’s plaque in the lobby of Eco-Alianza’s CenCoMA headquarters.

Also presented at the ceremony was a special Recognition commendation presented to Eco-Alianza by Lic. Carlos Posadas Solano, expressing appreciation on behalf of Loreto Mayor Arely Arce Peralta and the city council. The plaque translates to: “Recognition — For your altruistic work in implementing the “Temporary Emergency Food Assistance Program” during the Covid-19 contingency, directly supporting the most needy families in our municipality.” Eco-Alianza President Hugo Quintero and Linda and Tony Kinninger were also presented with commendations on behalf of the Mayor.

In addition to food program supporters, Eco-Alianza Treasurer Linda Kinninger thanked all donors to this October’s online fund drive and challenge match, which exceeded its financial goals for the first phase of year-end fundraising (in lieu of the annual GALA). The campaign to raise funds for next year’s Eco-Alianza programs included three raffles, whose winners were drawn at the event. Heather Westing, Joe Graham, and Father Tom Elewaut were the lucky prize winners, and Rita Westfall took home the bonus prize, provided and presented by Advisory Board member Caryl Cantrell from Loreto’s sister city of Ventura, CA. Her prize package included numerous certificates for hotels, restaurants, and other Ventura attractions.

Eco-Alianza Wraps Up Food Security Program,
Having Served More than Half of Loreto’s Population

Eco-Alianza President and CEO Hugo Quintero recently submitted to the International Community Foundation (ICF) Eco-Alianza’s final report on our “Temporary Emergency Food Assistance Progam for the Unemployed.” As you probably recall, the program began in early April in response to the sudden unemployment of a huge percentage of Loreto’s workforce. When part-year residents and tourists vacated Loreto due to pandemic precautions, tourism-related jobs suddenly dried up, Loreto became a virtual ghost town, and thousands of workers were suddenly left with no income to support their families.

In response to similar scenarios up and down the peninsula, Christy Walton’s Alumbra Innovations Foundation (through ICF) offered NGOs on the Baja peninsula a 2:1 challenge match for donations raised and used to address food insecurity caused by the pandemic. In less than a month, Eco-Alianza had designed a program, sent out an emergency appeal to its supporters, received more than 350 donations, screened its initial set of applicants, and begun distributing food. The program grew exponentially, lasting a full six months instead of two, and involved its entire staff of 10 working primarily out of their homes (see articles from the last three issues of Soundings). The staff worked at full salary, funded entirely by donations raised at last year’s anniversary GALA.

“To our knowledge, Eco-Alianza is the only conservation NGO in México to have shifted its temporary focus entirely to food security,” says Eco-Alianza Treasurer Linda Kinninger. “Our initial response to the crisis was strictly humanitarian, stemming from our desire to help the hard-working people of Loreto who lost their jobs through no fault of their own.”

As the program evolved, Linda says, “we came to realize that supporting Loreto’s working families directly met Eco-Alianza’s core conservation mission, as well as its goal of creating a sustainable balance between natural resource protection and a vibrant local economy.” It is well documented worldwide that widespread food insecurity directly correlates to natural resource degradation, so it only followed that meeting the community’s emergency food needs would be an effective conservation investment. Eco-Alianza’s donors understood that and responded generously, compassionately, and strongly in support of Loreto’s unique natural resources.

The program was not without its challenges, especially considering the risks posed by the pandemic. The final report states: “In order to keep the program running with delivering the help, our main challenge was to keep our personnel, volunteers and beneficiaries safe from being infected; for that we were very careful in implementing the correct contingency protocols, while we were doing the distribution cycles of vouchers and food baskets; each event was scheduled as small gatherings, and in order to control and oversee the safe distancing of people we were supported by the local government authorities, we also made sure of providing and using disposable masks, gloves, gel, head protectors, infrared thermometers and signage at all the gatherings. We had a clean record and nobody from our staff, volunteers or beneficiaries was infected as a consequence of the program being implemented. To our knowledge, six of the beneficiaries acquired the infection previous to the beginning of our operation; those beneficiaries were given aid in a special way and with strict care, delivering pantries directly to their homes, or through a family member or a friend.”

The report also made note of lessons learned and added a few comments:

“Eco-Alianza’s staff, donors, volunteers and allies played a critical role through an extraordinary time with the arrival of the COVID-19 pandemic. Through this program we learned that our organization has the trust and support of a community able to transform compassion into meaningful action. More than 100 people were involved in managing and operating the program, including its internal committees, government allies, and supplier allies. We learned that our staff was very resilient to adapt the use of their skills by working remotely, doing a great work of coordinating and verifying each aspect of the program.

“Discussions with staff members, all of whom helped to administer the program, revealed one overwhelmingly consistent report from interactions with program beneficiaries – “No matter what family was receiving food, whether they were fishermen, waiters, tour guides or car washers, they expressed a profound sense of gratitude to Eco-Alianza’s staff and to the donors whose generosity funded the program.” ” 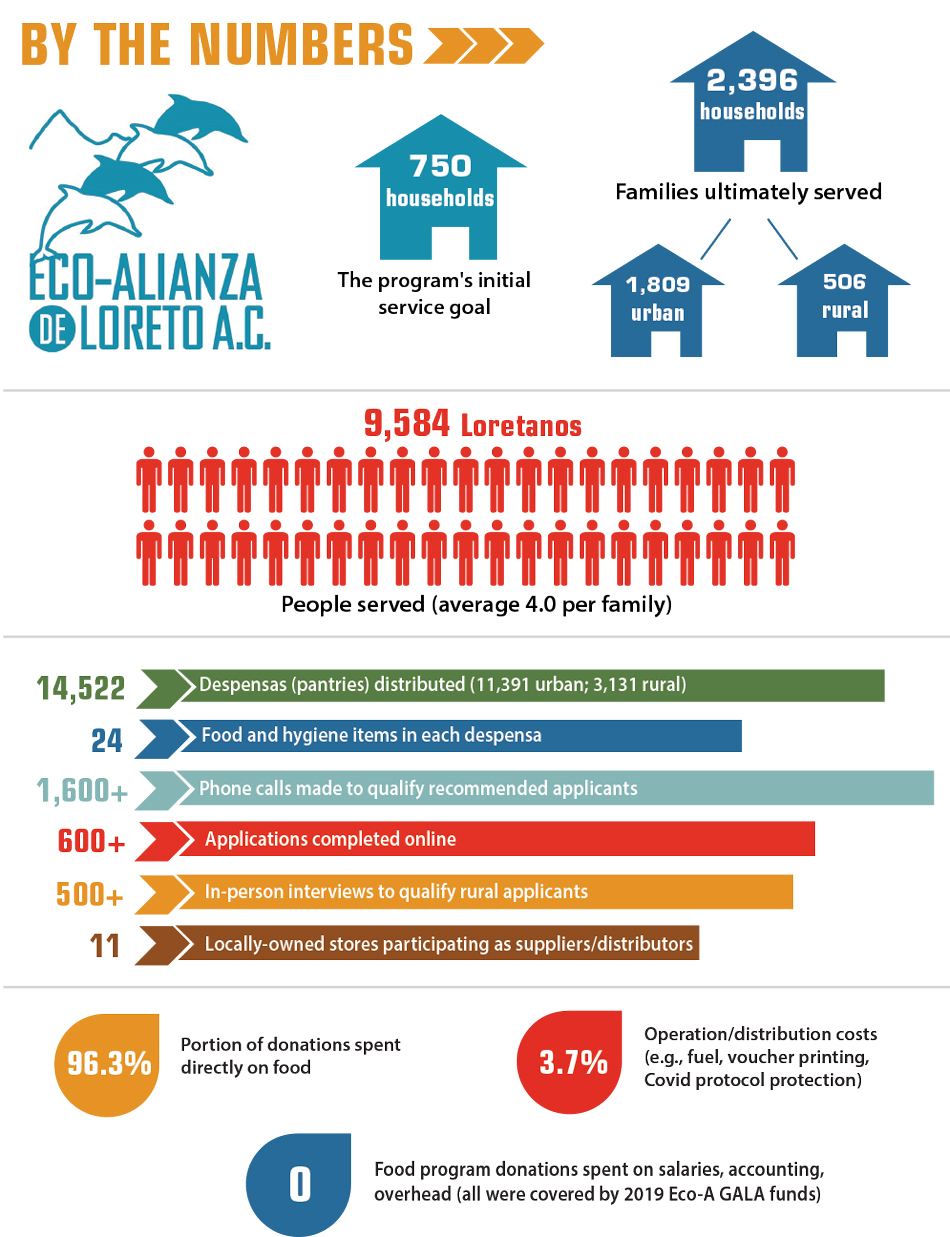 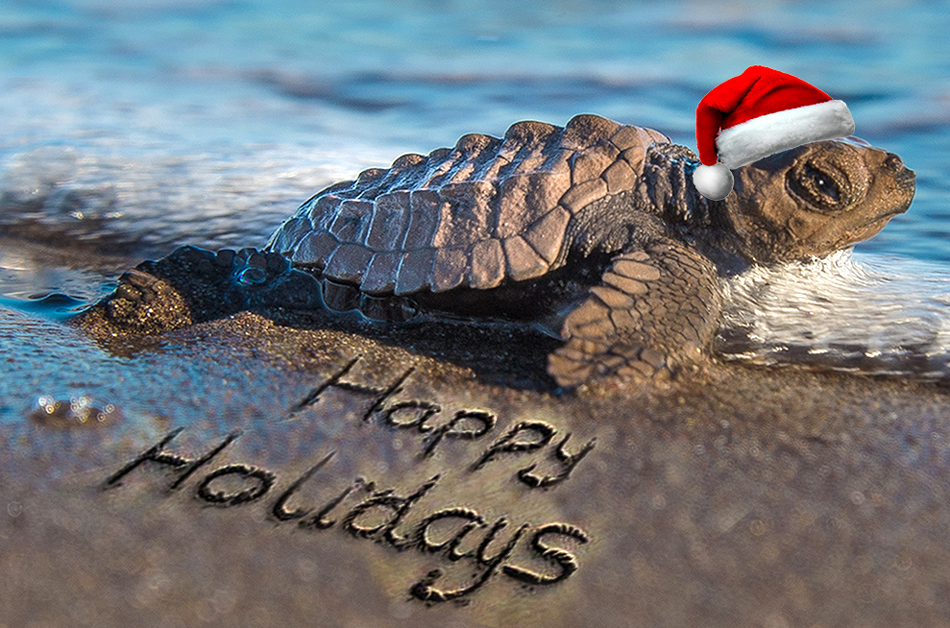 We’re hopeful that during the holidays you’ll have time to reflect on meaningful priorities — families, friends, and the causes that we all care about. As we enter the holiday season at Eco-Alianza, we’re focusing on the great team we have built, and the impactful programs that you have helped us to implement.

Rather than fill the stockings of friends and family this year with a bunch of “stuff,” we’re hopeful that you’ll consider sharing with them your commitment to the natural wonders of Loreto. To that end, below is Eco-Alianza’s “gift catalog” — four convenient gift suggestions we hope you will consider — selections for which you don’t have to go anywhere, and each of which supports a conservation cause you care about:

$50   2021 Gift Membership to Eco-Alianza de Loreto, AC
Your gift will reflect your environmental commitment throughout 2021. Your recipient will receive our bi-monthly Soundings eco-newsletter as well as advance notification of Eco-Alianza special events. Please include the name and email address of your giftee in the “comment” section when you donate. We will electronically provide your recipient with a handsome membership certificate, including your name and theirs. Or, if you prefer to print it out yourself and deliver it, please just let us know in the comment section when you donate. Please Donate Now.

$150   “Adopt” a Sea Turtle
Your funds will be earmarked to support Eco-Alianza’s work to conserve and support sea turtles within the Bay of Loreto National Park. You or your specified recipient will receive a beautiful certificate acknowledging your gift, as well as a stunning, 8×10 close-up image of a sea turtle hatchling entering the surf for the first time. Limited-edition print is signed, matted, and numbered by renowned wildlife photographer Richard Jackson. First 10 donors will also receive a Tortugas Marinas booklet provided by the Park, profiling the 5 sea turtle species within the Park. If given as a gift, please provide the name and email address of your giftee in the comment section when you donate. Your packet can be picked up at Eco-Alianza or we’ll mail it to a U.S. Address. Please Donate Now.

$250   Full Scholarship for a Loreto Child’s Educational Nature Outing
Since its inception, Eco-Alianza’s signature environmental education program has introduced the wonders of nature to Loreto children and teachers. Through trips to the islands of the Bay of Loreto National Park, to Loreto beaches, arroyos, and canyons, and through hands-on educational workshops, Eco-Alianza’s educators embrace nature’s wonders while imparting lifelong science lessons to Loreto youth. We will electronically provide you with a certificate acknowledging your commitment to environmental education in Loreto, as well as acknowledge your scholarship support in an upcoming article in our Soundings electronic newsletter. Change a child’s outlook on the world forever. Please Donate Now.

$500   Sponsor a Livestream Workshop by Our Educators or a Presentation by a Visiting Scientist
Your support of our new streaming electronic outreach format will strengthen this new teaching mode that has blossomed in this time of the pandemic. Our livestreamed environmental education workshops and presentations now are joined from many countries due to advance notification through environmental education social media groups. A recent workshop reached participants in seven countries throughout Latin America and Europe. Your Sponsorship support will be acknowledged live during the presentation, and you will receive electronically a certificate acknowledging your commitment to impactful environmental education, focused on Loreto. Please Donate Now.

Please donate by December 18 to allow time to process your request. In the donation page comment section, please specify your order and provide your name and name of recipient.

On behalf of the natural wonders of Loreto, and the staff and Board of Eco-Alianza, thank you so much for your ongoing support. 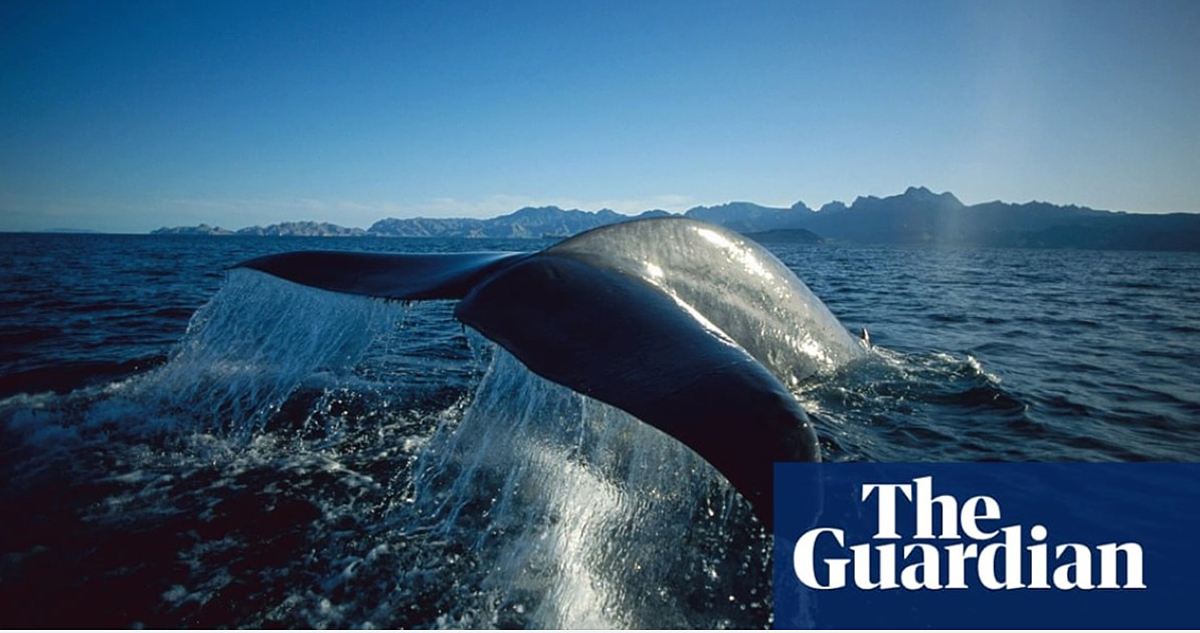 Photo courtesy of The Guardian

Back in February, a team from London’s The Guardian newspaper visited Loreto with a team of scientists to interview Blue Whale scientists and try to capture sounds made by the whales in the waters near Loreto. Ultimately, they produced a three-part podcast broadcast earlier this month. The third episode features an interview with Eco-Alianza President Hugo Quintero.

Listen to the half-hour episode HERE. 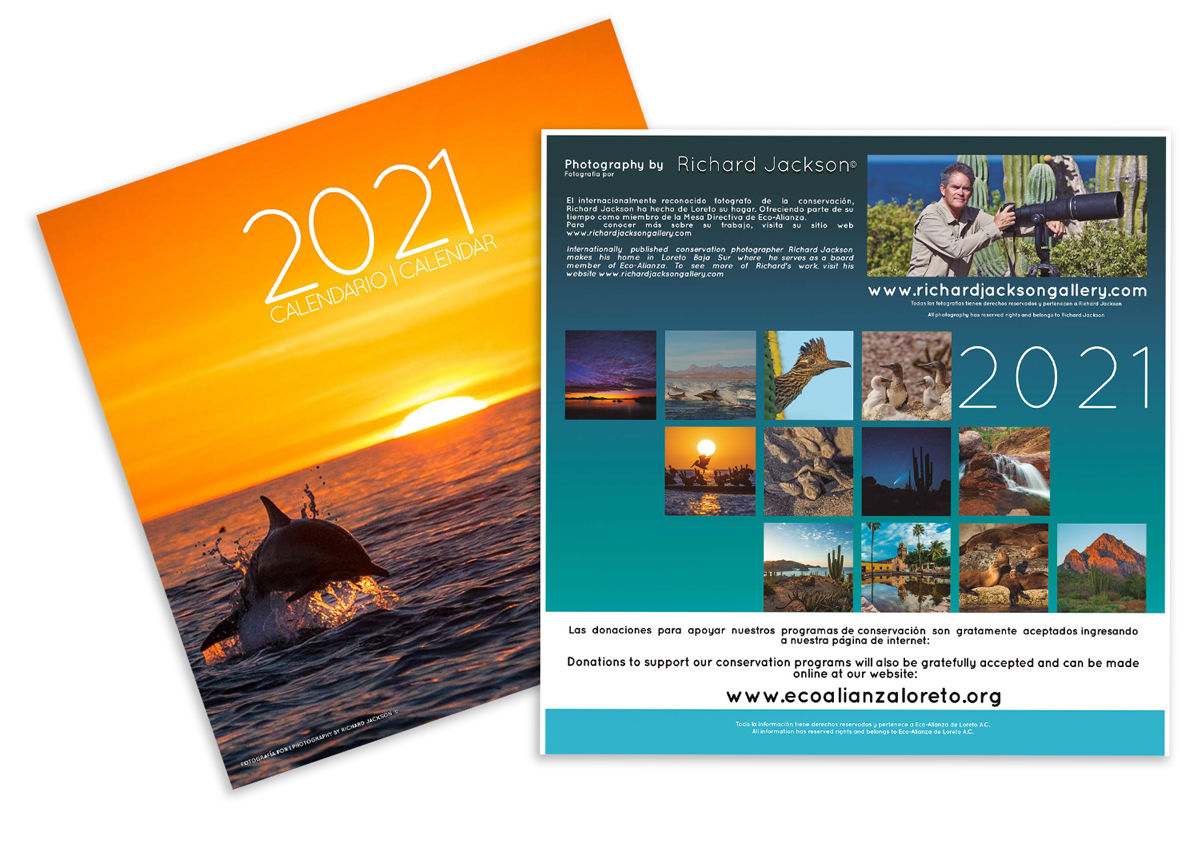 Eco-Alianza’s 2021 Calendar, featuring astounding landscapes and wildlife images by photographer Richard Jackson, is now available by mail and in Loreto shops near you, as well as at Eco-Alianza’s downtown headquarters. Loreto comes to life in these photos, so they make the perfect gift!